History is filled with a countless number of real life mysteries. And nothing stirs the imagination more than gaping holes in the facts. The case of Peter the Wild Boy is one of those mysteries that can never be completely solved.


Peter was found roaming feral in the northern woods of Germany near the legendary town of Hamelin. He walked on all fours, lived off flora and fauna and never learned to speak a language. No one knows where the boy came from, how he came to be living alone in the woods and no parents or family members ever came forward. 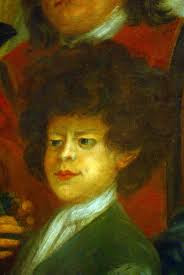 At a young age Peter was brought to England under the order of King George I, who had taken a keen liking for the novelty that would become Peter the Wild boy. Peter lived amongst courtiers under a veil of curiosity and amusement. Used as entertainment, the court's interest in Peter wore off and after some unsuccessful attempts to school him, he eventually was placed at Broadway Farm in Axter's End. The British government provided a 35 pound annual pension to the farmer to assist with his room and board.


It was here that Peter could roam amongst the wilderness similar to his youth. Finally free of fancy dress and etiquette rules he spent a lot of time in the woods and would often sleep under the stars. He did happen to wander too far once and ended up in a nearby prison. He was claimed by the farmers charged with his care and they subsequently fastened a collar on him, on which was inscribed his name and address should he ever go missing again.


Peter died at what many believe to be the age of 70, since there is no known record of his birth. He was buried at St. Mary's Church in Northchurch where his headstone remains. Flowers are often seen at his grave site to this day.


Lucy Worsely, a well known British museum curator and television personality, has made a lovely segment dedicated to Peter and his legacy.

Email ThisBlogThis!Share to TwitterShare to FacebookShare to Pinterest
Labels: history