I spent my afternoon introducing a handful of teenagers to Edgar Allan Poe's THE RAVEN. Our intent is to do a theatrical recitation for an upcoming talent show in March. All but one of these kids have never heard of Poe before or his famous poem THE RAVEN.

It's interesting to see them stumble over words or the rhythm, unsure and trying. Soon they will be reciting like the masters, pausing for effect when needed, and adding inflection at the appropriate times.

I found this version read by James Earl Jones and once again, got the chills. 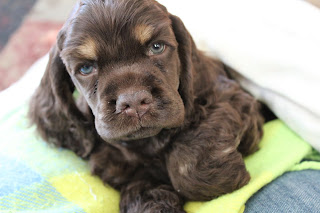 I have come to a decision that will change the course of my writing career. I have decided to self publish the first book in my PETER AINSLEY mystery series later this year if I cannot secure an agent.

This has not always been the plan. For ten years or more I have been writing and submitting, making mistakes and learning from them, all the while believing I needed someone in the publishing industry to tell me I was good. When my last book was rejected for lack of erotica, I realized books are not bought and sold because of a writer's ability, but because of their sell-ability. Many indie authors have proven editors and publishers wrong by taking their rejected manuscripts and self publishing them in e-formats. Some indie authors make lots of money, some barely recoup their costs.

I haven't submitted my AINSLEY series to anyone yet, and so it has not been rejected by anyone. I knew when I wrote the first chapter that I was on to something. I knew he was going to be an interesting character, that I would do him justice and that others would enjoy his adventures as much as I did. It never occurred to me to self publish, until a few weeks ago.

Self publishing will give me a tonne of benefits over traditional publishing. Namely control. I will be able to make all the decision regarding the story, the cover art, the marketing and promotion. I can set my own release dates and write at my own pace without the added pressure to fulfil publishing contracts. I can write what I want. One series can be historical, another more contemporary. I can ultimately make those decisions based on my own needs and not that of a corporation.

I won't be sitting on baited breath waiting for a table of editors to tell me 'yay' or 'nay' on a pitched series. I recently met one published author who's career fell flat when the publishing company she was contracted with was bought out and the new publisher didn't want to honour her contract. She wasted a year waiting for the word from the new owners, not writing (which is crazy) and is now back at square one career wise without much clout despite having one published book. A publisher does NOT guarantee success. A writer writes their own destiny.

Modern day authors have many expectations put on them by publishers. Books tour funds come out of the author's pocket, though the company will schedule your book signings. There is an expectation of self promotion which equates to a lot of time and work spent guest blogging, advertising and networking. How is this different from self-publishing? Gone are the days when writers wrote in their dark room, sent their manuscripts to the publishers and washed their hands of it. Nowadays, authors are much more hands on throughout the whole process. This has benefits but not when royalties are so low compared to that of self publishing.

The cover artist I have contacted is amazing and I am still on the look out for an "editor for hire" who can give my manuscript the once over with a fine toothed comb. I was not kidding when I said good things lie ahead. Each day is another day closer to publication and the excitement is building exponentially.


This is beyond exciting and more than a little scary. Self publishing takes money, sometimes a lot of it and no one wants to throw money at a venture that falls flat. Having said that though, I believe in myself, my writing ability and my ability to promote my books. I have been paid for my writing in the past as a reporter and
the majority of the feedback I have received regarding my current manuscript has been nothing short of encouraging. At this point in my personal life and professional life, self publishing may be the way to go.
Posted by Tracy at 10:36 AM 2 comments: