I'm starting a new feature. Each month I'm going to let readers know what books I have recently read and my thoughts on them. I'll also tell you what I have planned for the upcoming month. As a writer I tend to write more than I read and reading should be considered an occupational necessity, so I'm hoping this new feature will keep me reading regularly. Feel free to send a Goodreads friend request so we can talk books and see each others reviews and ratings.

In September I read a mystery... 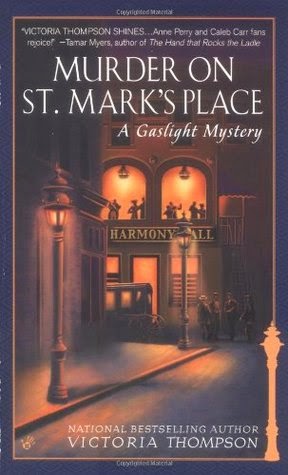 Murder at St. Mark's Place, by Victoria Thompson. Set in New York before the turn of the 20th century, this quick read was a typical mystery with a small cast of characters and interesting insights into some of the issues of the time. At first, I found it hard to like the male protagonist, Detective Frank Malloy but he softened up over the course of the book. Because I read so many Victorian England mysteries I kept forgetting this one is set in New York, and was promptly reminded each time the characters set out for Coney Island. This book offers a simple story line that moves along at quick paced. I'd definitely recommend it for a beach or rainy day read.

And a horror book...

The Troop, by Nick Cutter is set on a small island north of Prince Edward Island. My husband recommended this book to me because it is well written and features my favourite place. The book is about a parasite outbreak that finds it's way to a scout troop isolated on an island for a weekend excursion. It's truly a unique concept... think Lord of the Flies meets a zombie flick. 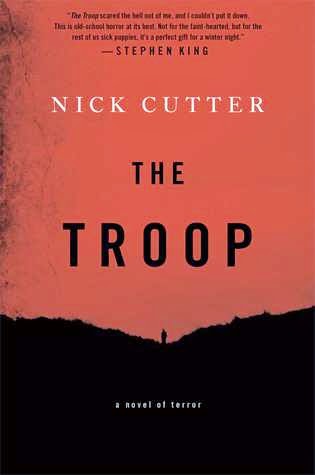 Because I know the province so well I was struck by a few things in this novel. One is references to deer and wolves as part of a description of the Prince Edward Island's natural habitat. In fact deer are not found on the island. They are better situated to live in neighbouring New Brunswick and Nova Scotia than PEI. I came across this nugget of interesting things somehow and I was so intrigued by it that I never forgot. Given the absence of deer, I imagine wolves would be in short supply as well considering the primary prey are absent but I could be wrong.  Why does this bother me? I don't know. It's so trivial. Perhaps I've written a thing or two in my books that drive readers nuts.

In addition to deer and wolves, there were a lot of little details regarding PEI in general that struck me. The writer's constant references to carnivals and fairs, temporary rides and amusements seemed contrived and overdone. There were other things such as one of the troop member's father being the county coroner. I know for a fact that because of the Island's size all coroner work is done in Moncton, NB and other larger, nearby places. IF the island had a coroner, there certainly wouldn't be one in each of the four counties, that's just overkill.

My husband is also a 8-year veteran of the Canadian military so we know there could be no national research facility in Summerside, there just wouldn't be enough infrastructure to sustain such a government enterprise. I tried to image the writer meant another area because a lot of the plot just didn't make sense for PEI, population 145,000, give or take a few hundred.

I enjoyed the insight into the characters lives but sometimes it broke into the action too much. Artistic in many ways I like the writing style and didn't find it cumbersome. Only when it slowed the pace did I notice any difficulty reading it. If you like horror you will probably like this book which is unique, grotesque and full of suspense. Give it a whirl.


Next up... GIRL WITH A DRAGON TATTOO and THE HEIRESS OF LING HAGH