I've had a very busy schedule this fall with a few appearances and signings in Toronto, including one at Word on the Street, which was fabulous.

The next week is looking pretty busy for me as not only do I have to muddle my way through SHADOWS OF MADNESS (Marshall House #6) revisions but I also have two events coming up.

The first is at a AUTHOR MEET & GREET at the Barrie Public Library (Painswick Branch), Saturday December 3, at 10 a.m. I'm going to be there with seven other authors of various genres with books to sign. I've also been asked to give a presentation on Historical Facts in Fiction.

And... on Thursday December 8 at 7 p.m., I am a guest at WORD UP @ Unity Market & Cafe in Barrie at. I'll be reading a selection from THE DEAD AMONG US and the signing books afterwards.

If you are local to either of these events, please stop by.
Posted by Tracy L Ward Author at 3:24 PM No comments:

Email ThisBlogThis!Share to TwitterShare to FacebookShare to Pinterest
Labels: About me, book signings, events

Want to win a signed copy of THE DEAD AMONG US?

To celebrate the print release of THE DEAD AMONG US, the 3rd book in the Marshall House Mystery series, I am giving away one signed copy to one lucky reader. Head on over to Goodreads to enter your name. Contest is open to residents in the US, Canada and Australia, and closes Dec. 19. 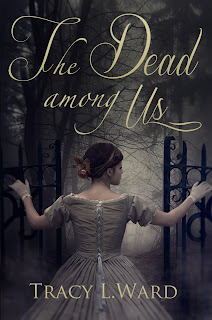 Posted by Tracy L Ward Author at 9:11 AM No comments:

Email ThisBlogThis!Share to TwitterShare to FacebookShare to Pinterest
Labels: Giveaway, Goodreads, Marshall House Mystery, Peter Ainsley, The Dead Among Us

Today is Remembrance Day in Canada. It’s a day where we pause to remember and reflect on the lives lost during international conflict. It’s a day to give thanks for the sacrifices made by the men and women who gave the ultimate sacrifice, their lives, in pursuit of justice and freedom for their loved ones back home.

It is also a day to recognize those hurt by war, not simply those maimed through physical injury, but mental injury as well. Novemeber 11th is for all soldiers, those who fought in battle and those that continue to fight a battle after they return home. It is in remembrance of all the soldiers who have taken their lives since returning from war, and those who fight the hard fight to this day.

As the wife of a military veteran, I have seen the sacrifice first hand. I have seen families destroyed. I’ve known children who have lost. The pledge soldiers make in service of their country is a pledge made by each spouse and offspring standing behind them. Without the full support of their loved ones, the men and women who serve our nation would not be able to do what they do, see what they see and live how they live. 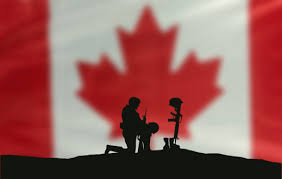 My husband and I were newly married and our daughter was only one years old when he turned to me one day and said “What would you think if I joined the military?” It was a question I hadn’t been expecting but perhaps I should have. We were both patriots, with a deep love for the Canadian flag and all it stood for: our free health care, our welcoming nature, our neighbourly outlook.

He was sworn in a week before 9/11, and left on a plane for Basic Training September 18. During that week of uncertainty, with the news replaying the collapse of the Twin Towers and the politicians vowing to kill the terrorists responsible we knew our time of peace was coming to an end.  We knew Canada, an ally to the United States, would be called to action. Our resolve never wavered.

We told our families and friends “We are not fair-weather patriots.”

I was scared and so was he, but in the end we couldn’t stop thinking “What if that was a Toronto skyscraper and mostly Canadian lives lost?” How could we back down at such a time?

My husband spent 18 months living apart from us, first in Basic Training, then in his technician’s course in Kingston, a six hour drive away. We were not allowed to join him. In 2001 spouses and children were akin to furniture and affects.  Weekend visits were sometimes impossible given his workload and small income.  So, as the months passed, my daughter and I got used to not having him around. He’s not fighting a war, I told myself. Canadian women have endured far worse than this.

Our time in the military was a short 8 years, brought to an end by medical needs sustained after a car accident. Even now, my husband works alongside those in uniform and sometimes laments not being in one himself.  The time he spent in service and the time we spent living on a military base, meeting families, making friends, seeing the effects of military life has given me new perspective on what it means to be Canadian, what it means to sacrifice.

Sacrifice isn’t just about losing your life but losing moments, connections, and friends. It’s about having little power and say in the great military machine but still seeing the necessity of it. It’s about learning to roll with the punches, getting up and marching on another day. This is the sacrifice of military families. This is what we should remember.  We remember those enduring long separations, late night doubts, and crippling pain brought on by the unique manner of military life. 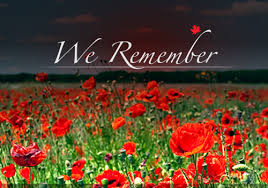 For me, Remembrance Day will never be the same as it was before my husband joined. It’s not about men who died in distant wars a hundred years ago. It’s about those in uniform who serve and sacrifice for our freedoms today.


Remember to take a moment today, a moment of silence, to think of those we lost and those we still need. May we never forget the savageness of war, and the courage required to face it.