Yesterday I ventured to a nearby archaeology  here in southern Ontario where historians have found evidence of a native long house village. In the 1800s the Crawfords, a pioneer family settled along the shores of a small lake in the Niagara Escarpment. Though they lived on this land for a short period, during that time they found countless artefacts linking the area to a native village that once stood on the site in the 1400s. Because of their discoveries the lake was named after them and today the land is a conservation area boasting reconstructed long houses and archaeological dig sites. The largest artefact found on the site is a stone once used to ground dried corn. You can see in the picture how the rock had been indented and when I felt the surface it was smooth. The guide, who was a member of the First Nations, explained how the tribes people received their calcium needs from small particles of rock that would end up in the food after  grinding. 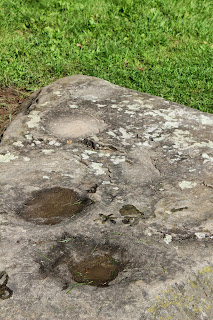 The village housed over 250 inhabitants, men, women and children of the Iroquion nation lived here for a short time but left their mark on the landscape nonetheless. Corn pollen had been found at the dig sites and carbon dating assisted in tracing the time period for when the village would have thrived. 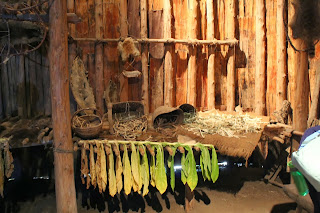 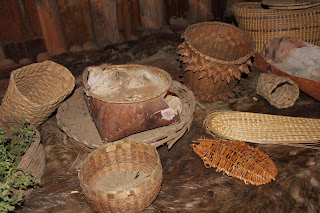 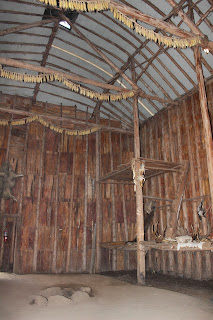 In recent years I have developed an interest in native culture and its historical context. It was not really my intent to write a book involving this time period of North America. I doubt I could ever truly capture the essence of their belief structures or their way of life. I am however working on a fur trade mystery set in the Canadian Rockies and I am glad I will get an opportunity to look into the lives of the Native tribes from that place and time. My research continues and my knowledge grows. This book will be different from my Ainsley books and it's a prospect that excites me and scares me at the same time. I recently read a book, People of the Long House by W. Michael Gear and Kathleen O'Neal Gear. The book is really good and I devoured it quickly. It's part of a long series that I will complete because I just need to know what happens. Suspenseful, educating and fascination, this book is great for anyone looking to escape into native culture, the good, the bad and the terrifying.