As a little girl my mother introduced me to a twelve-year-old, red headed girl named Anne. It wasn't long before I found myself immersed in the world of Avonlea, the quaint yet imaginary town on the north shore of Canada's smallest province. I would steal borrow the Anne books from my mother's precious collection and would only begrudgingly return them after countless reminders. 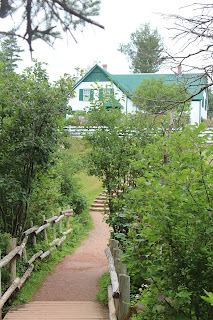 I soon started a collection of my own, which has grown to include each novel, short story collections, all L.M. Montgomery's published journals, numerous biographies and countless collectables volumes that includes recipe books, crafting books and others. (I even have a first edition Anne of Ingleside that is more precious to me than my first copy of Chorus of the Dead.) 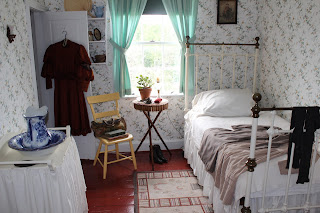 Over the years I've read every book written by Anne's creator, Lucy Maud Montgomery. I've visited Prince Edward Island twice and hunted down all museums and locales related to Ms. Montgomery in my home province of Ontario. Southern Ontario especially is riddled with filming sites used by Kevin Sullivan for his mini-series and later Road to Avonlea television series.

In short I am obsessed. 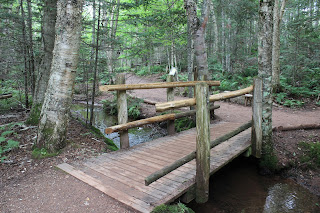 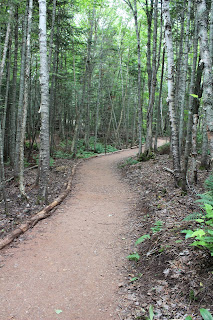 I consider it bad parenting on my part that my teenage daughter is not as enthralled with the books and stories as I am. She enjoys it, and so does my son, but they are nowhere near my obsession levels, so sometimes my giddiness is viewed as amusing instead of mutual. 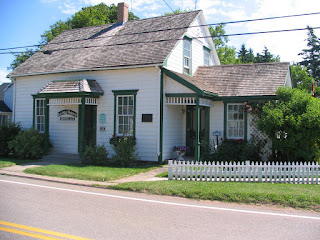 Lucy Maud Montgomery's Birthplace in Clifton (now New London), PEI. This museum houses her original wedding dress and many scrapbooks produced by the author over her lifetime.

Today is Lucy Maud Montgomery's 141st birthday. If Maud hadn't been born on this day (November 30) in 1874 the world would not have discovered little red headed Anne, or the precocious Sara Stanley. Emily of New Moon would not have been penned and Valancy Stirling (The Blue Castle) would not have met the love of her life. Happy Birthday Maud. I hope you know how your  imaginary world has touched girls like me, and created women not afraid to daydream or see beauty in the everyday. 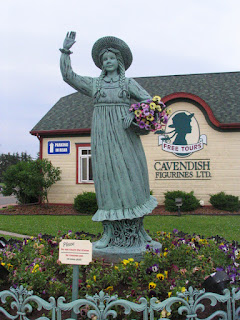 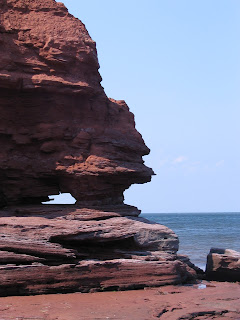 Red cliffs at Cabot Beach Provincial Park on the north shore of PEI.

Winter Made an Appearance


Winter made a debut this weekend in my neck of the woods. Old Man Winter dumped 10 cm on us Saturday night which coated everything in a lovely layer of the white stuff. It's perfect snowman making snow too. This is our first winter at our new farm property and we've been working away in the last few weeks to get everything ready for the long, cold months. With Christmas rapidly approaching, I can feel my self-imposed deadline needling me. The first draft of SICKNESS OF THE HEART, book 5 in the Peter Ainsley Mystery series, is nearly complete, Dear Readers. This blanket of slippery percipitation might just be the very thing I need to get to "the end". 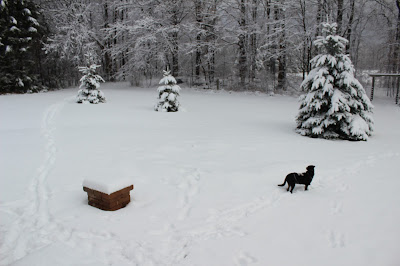 That's Katie, my labX, who loves a good romp in the snow as long as she has her sweater on. 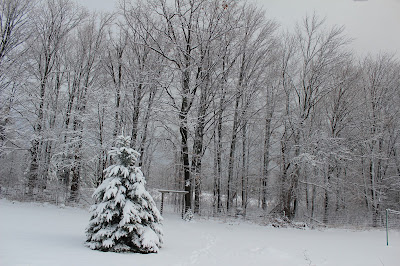 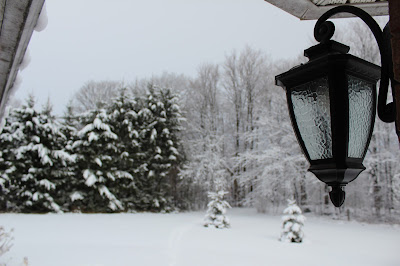 Email ThisBlogThis!Share to TwitterShare to FacebookShare to Pinterest
Labels: About me, Everyday Life, writing progress

I had the privilege of answering some writing related questions at fellow mystery writer James M. Jackson's blog, My Two Cents Worth.

Stop by and find out what motivates me, where I find inspiration and how I write the Peter Ainsley Mystery series.

http://blog.jamesmjackson.com/2015/11/tracy-l-ward-guest-author.html
Posted by Tracy at 7:38 AM No comments: